The eccentric transition from Late Pleistocene to Holocene in North America from 14,000 to 5000 years ago is documented in various archives such as pollen, varves, and ice cores. The interval is marked by retreat of the continental ice sheet and abrupt climate changes, as well as shifting vegetation and ecosystems, including the presence, activities, and interactions of humans and megafauna. Our project has focused on detecting and interpreting the high-resolution (annual) environmental variability in the Great Lake region as contained in tree-ring records. Wood has been obtained from more than 50 sites in Illinois, Wisconsin, Michigan, Indiana and New York, with radiocarbon dating placing the samples into an absolute time framework. Crossdating of samples has produced “floating” tree-ring width chronologies from most of the sites, which allows for robust environmental interpretations. Additionally, stable-carbon and stable-oxygen time series have been developed from tree rings at four of the sites, which provide environmental information different from that in tree-ring widths. These records have helped to resolve the natural histories of individual sites, and to collectively infer conditions over the region during this period. Hydroclimatic variability seem to have the greatest influence on the tree-ring records, and although the site chronologies are generally short (100 to 200 years in length), evidence suggests “tipping points” may be identified from these records. Details of the project and the tree-ring network are contained in this website. 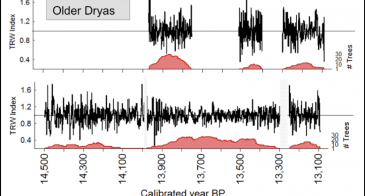 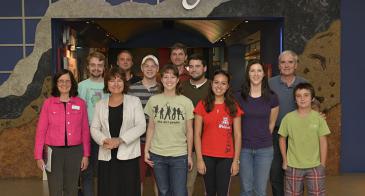 Quaternary Science of the Great Lakes Area, Concepts and Tools 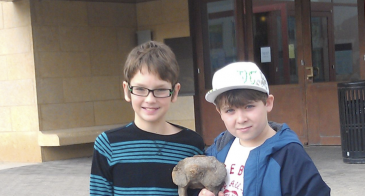